By Laura Hurley | This post originally appeared on VITAL.

Malado Traoré had a lot of firsts last month. In early May, Malado learned her condition could be treated, something she had never been told in the 30-some years she lived with an obstetric fistula. Early last week, she received her first, and hopefully last, fistula repair surgery at Koulikoro Referral Health Center (or CSRef). And a few days later, she met Aminata Maïga Keita, the First Lady of Mali.

In a celebration of the International Day to End Obstetric Fistula, the First Lady visited fistula clients bedside in Koulikoro.

Obstetric fistula is a childbirth injury caused by prolonged, obstructed labor that leaves women with an opening—or fistula—between the birth canal and the bladder and/or rectum. It affects nearly two million women worldwide. The majority of fistula clients are women who are illiterate and from disadvantaged backgrounds. Their plight does not often draw crowds. Their voices are rarely heard. But that is changing.

A Battle for Women

Aware of the magnitude of the problem both globally (between 50,000 and 100,000 new cases each year) and in Mali (between 1,800 and 2,400 new cases each year), the First Lady is giving a voice to the voiceless. She spoke at the ceremony IntraHealth held prior to visiting the thirty women who had just been operated on.

“Before it can be a battle for all,” the First Lady said, “fistula must be a battle for women.” I agree. As an American woman, I am protected from this condition because of access to family planning and emergency obstetric care. This condition is associated with poverty and limited decision-making power, and I am drawn to stand by these women.

Of the 30 women participating in the fistula repair campaign in Koulikoro, fewer than half have husbands who stood by them. Fistula causes chronic incontinence of urine, feces, or both. Women with the condition are often abandoned, ostracized by society, and divorced.

Malado developed her fistula following prolonged labor during her first pregnancy, and, as is often the case, her baby was stillborn. She was lucky enough to have one daughter after she developed the fistula, and this daughter’s daughter—her granddaughter—learned about the repair campaign and brought her to the Koulikoro CSRef. No one in her village knew the condition was treatable. Everyone there will be shocked when she comes home cured, she says.

Bringing a fistula campaign to Koulikoro CSRef marks a milestone that could not have happened without synergy across a variety of partners and champions. This repair campaign was not only the first campaign in Koulikoro, it was the first campaign in a CSRef rather than a national or regional hospital. This marked an important step in bringing fistula services closer to the women who need them.

A Road Paved by Many

The road that led Malado and the 29 other women to treatment in Koulikoro was paved by many.

USAID funds our Fistula Mali project that leads campaigns both to heal fistula clients and build the capacity of surgeons and their surgical teams to conduct routine fistula repairs. Through the campaigns, the surgeons receive training at their own health facilities. Professor Ouattara—a national surgical trainer who has championed fistula repair for over 25 years—is currently helping IntraHealth train more than 20 new surgeons.

The Koulikoro Regional Health Director—the only female regional health director in Mali—advocated for bringing the services to her region, and the ministry of health was open to the type of institutional task-shifting that is bringing these services to lower level facilities throughout the country.

The clients would never have been identified without the deep engagement of the AMCP, a local community health NGO working in Koulikoro. AMCP educated communities about fistula and recruited the women for this campaign. Inner Wheel Mali, a women’s organization, provided the women with dignity kits – a collection of fabric for clothing, soap, bleach, and other hygiene products for the women.

The commitment of these partners and champions will help end fistula in Koulikoro—and ultimately in Mali. “Our collective efforts will always be stronger than the sum of our individual efforts,” stated Dr. Cheick Touré, IntraHealth’s country director in Mali.

Toward the end of the ceremony, the First Lady gave one of Inner Wheel’s dignity kits to a woman suffering from fistula. The client thanked the First Lady for her dedication and for coming to visit them in Koulikoro. The women were flattered and reassured by the First Lady’s visit. They talked of feeling certain that her involvement would not stop there and their belief in her commitment to fight for the goal of zero cases of fistula in Mali.

Thirty years is too long for sickness. It is time for Mali to take care of its most vulnerable women, and finally Malado’s time to be healed.

IntraHealth is the leading NGO working in Mali to prevent and treat Fistula with proven success. We are building the skills of local health workers to prevent, identify, and treat fistula.

When we first started addressing fistula in Mali, there were only a handful of surgeons qualified to provide even basic repair surgeries. We are training local surgeons and preparing more health centers to offer fistula care.

We have provided more than 1,000 women with fistula repair surgeries and are reaching 30 new women each month. But this is not nearly enough to reach the tremendous backlog of women who are suffering needlessly. 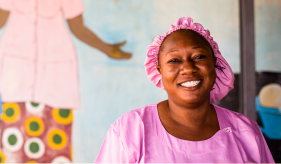 $10 buys 5 physician consultations for women and girls in need

$70 pays for a life-changing surgery

$205 buys a woman or girl a fistula kit, including necessary medications.

What is Obstetric Fistula?

$10 buys 5 physician consultations for women and girls in need

$70 pays for a life-changing surgery

$205 buys a woman or girl a fistula kit, including necessary medications. 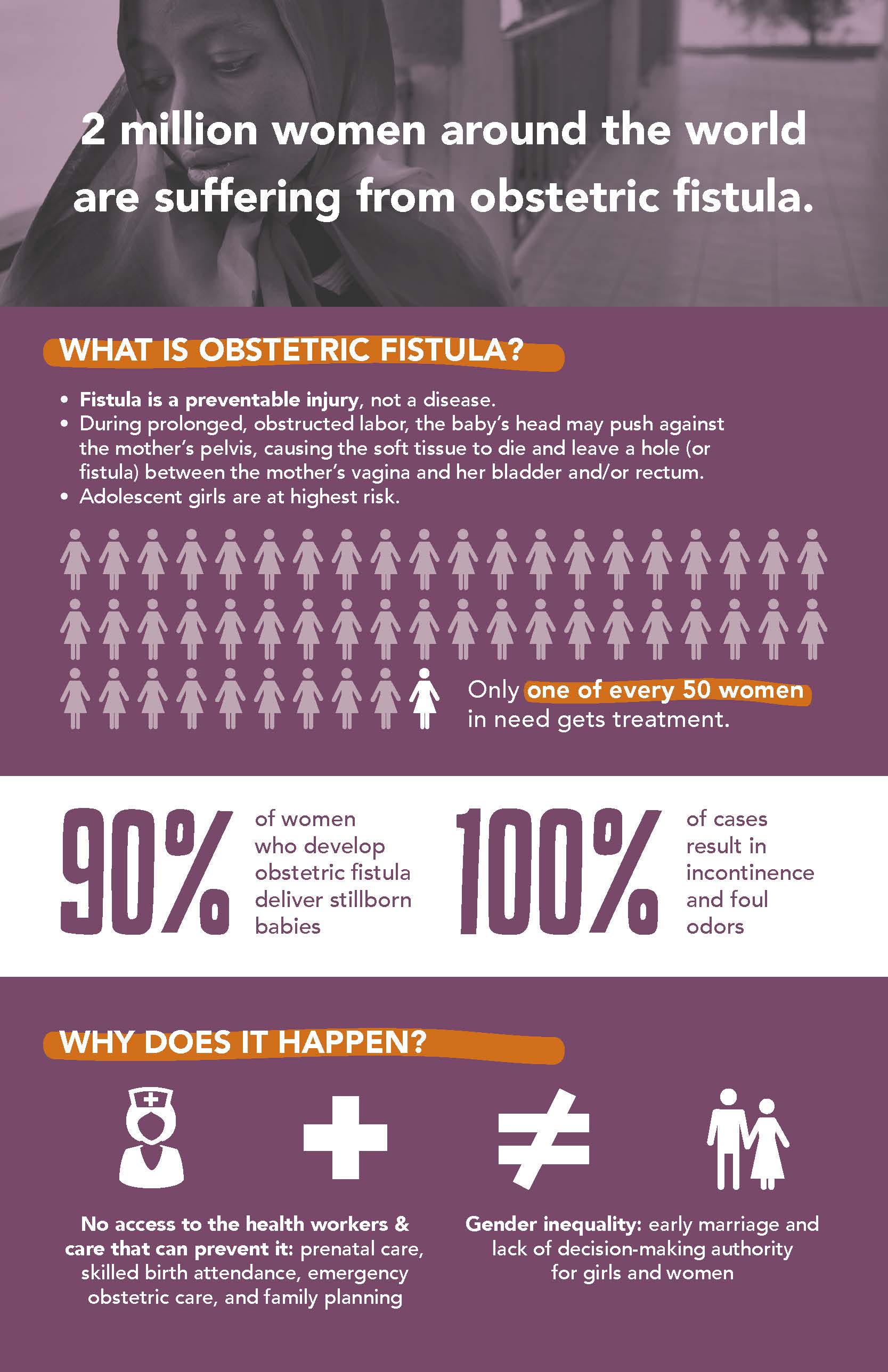